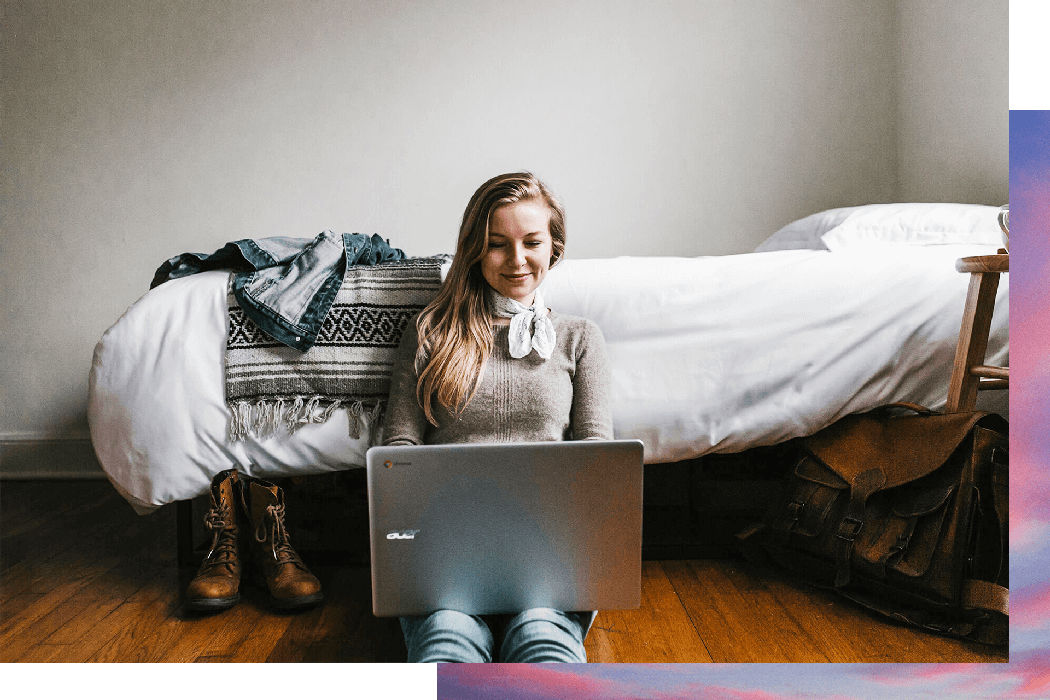 This is what you came for—the good stuff.

Here are the types of survey questions you should be using to get more survey responses:

Maybe that’s exactly what you needed—seven types of sample survey questions. Great. But maybe you’re looking for more. Maybe, you want some of our juiciest tips for writing better questions. The questions you should be asking to potential customers. Or maybe you want to hear what a psychology researcher-turned-marketer thinks you should do. Then you should read on. Definitely.

Ask the right survey questions and get better results

We live in the Information Age, a time where data is a source of capital. Surveys have become one of the time-tested ways of gathering data. But even with 200+ years of published research and experience, people still fail to obtain helpful information from their surveys. Lucky for you, it doesn’t take much time to learn how to carry out a successful survey.

If you're still stuck wondering what type of data you should be looking to collect, take a look at our guide to qualitative vs quantitative research methods.

How To Conduct A Survey

How To Analyze Survey Data

Your objective is to get as many responses as you can. Because then you can make the best decisions. But to do this, you need to follow a few basic “rules”. Here’s an overview of the best practices for writing survey questions:

Keep your language simple and specific. Unless you’re asking Ph.D. students about their opinions on string theory, there’s no need to include scientific or confusing language. Type like you’d talk.

Avoid leading questions “How were our amazing customer service team today?” Emm, not actually that great… Don’t plant opinions in peoples’ heads before the answer.

One question = one idea This happens often when people put two questions into one—“How was the food and ambiance?” Separate questions to get better answers.

Don’t make the survey excessively long If your survey is over 20 questions long, have a think. Some surveys are just, well long. But if you can condense it, your audience will thank you.

Show how much longer there is That said, if it’s long, let people know how long. Tell people when they’re halfway through your survey. And with typeforms, you can show them with the Progress Bar.

Make your surveys mobile friendly We’re always on the move. So make sure your survey can be taken from the subway as well as from the office. Psst, typeforms are.

For big ideas, split them into multiple questions If you’re asking for lots of opinions on one subject, try and split a huge question into several different questions—each covering a different angle. And consider using rating scale questions to see how people feel about different ideas.

How to write great survey questions

While there is an art to designing effective survey questions, there are also several principles of survey design that will help you get the information you need from your friends or customers.

In this section, we have distilled some of the most authoritative survey research into 6 tips for writing survey questions:

“The goal of writing a survey question is for every potential respondent to interpret it in the same way, be able to respond accurately, and be willing to answer,” explains Tammy Duggan-Herd, PhD, a psychology researcher-turned-marketer.

She explains that poorly written survey questions don’t measure what they think they do.

“Always evaluate questions for yourself and make adjustments where you see fit to get to the heart of what you want to know,” says Duggan-Herd.

Focus on creating great survey questions, and you’ll get the answers and insights you need to achieve your goals.