The Typeform platform itself is currently available in English and Spanish.

Your typeforms can speak many languages! At present, you can create typeforms equipped with default texts, helpers and error messages in the following languages:

To change your typeform's language, open the typeform from your Workspace. Click on the gear icon in the right-hand side of the Create panel to open form Settings. 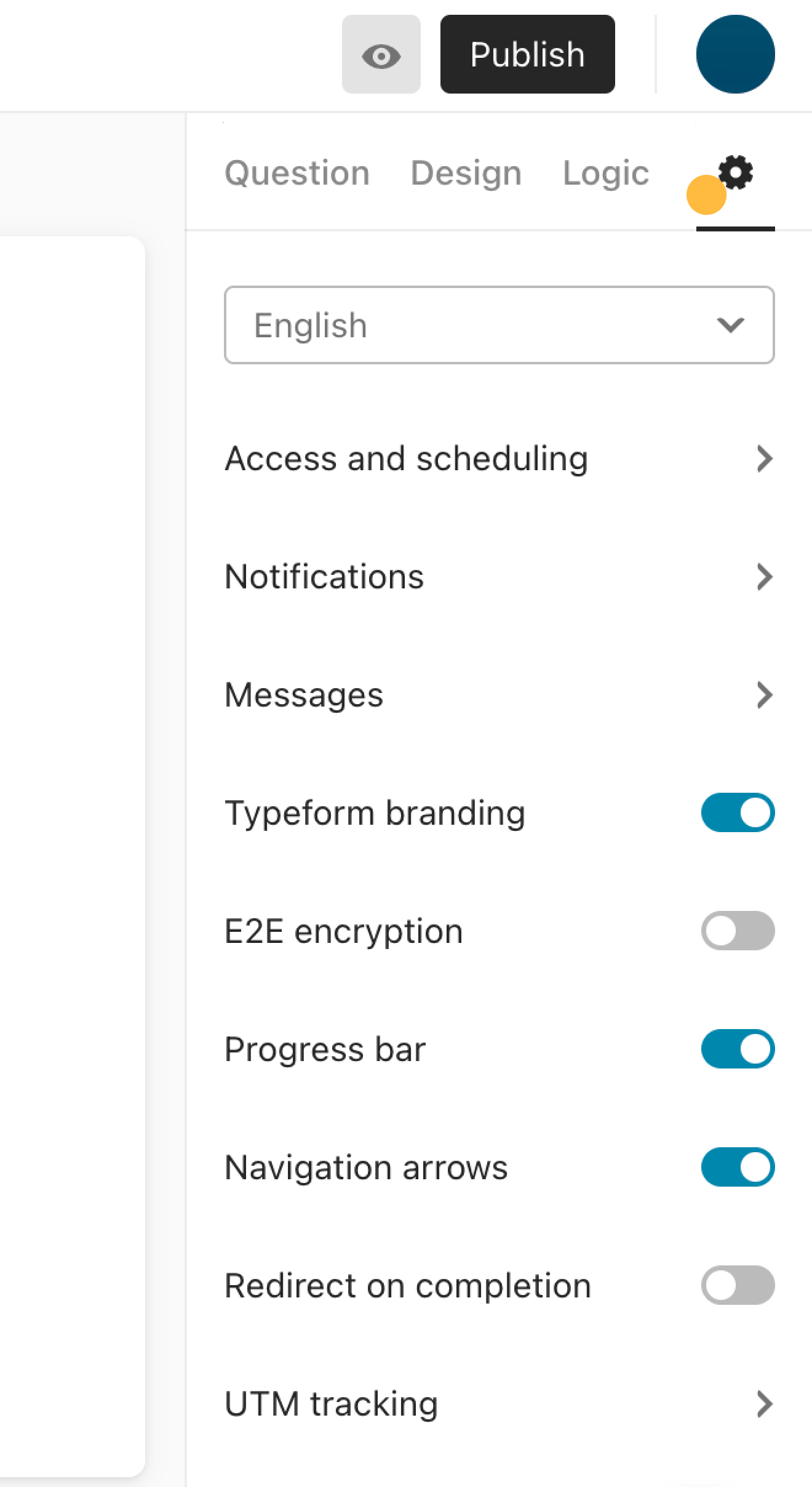 Click on the arrow next to English to open a dropdown menu of languages. Then, choose the language you want to use in your form.

This is a typeform with the language set to Catalan. Button and helper text appear in this language. 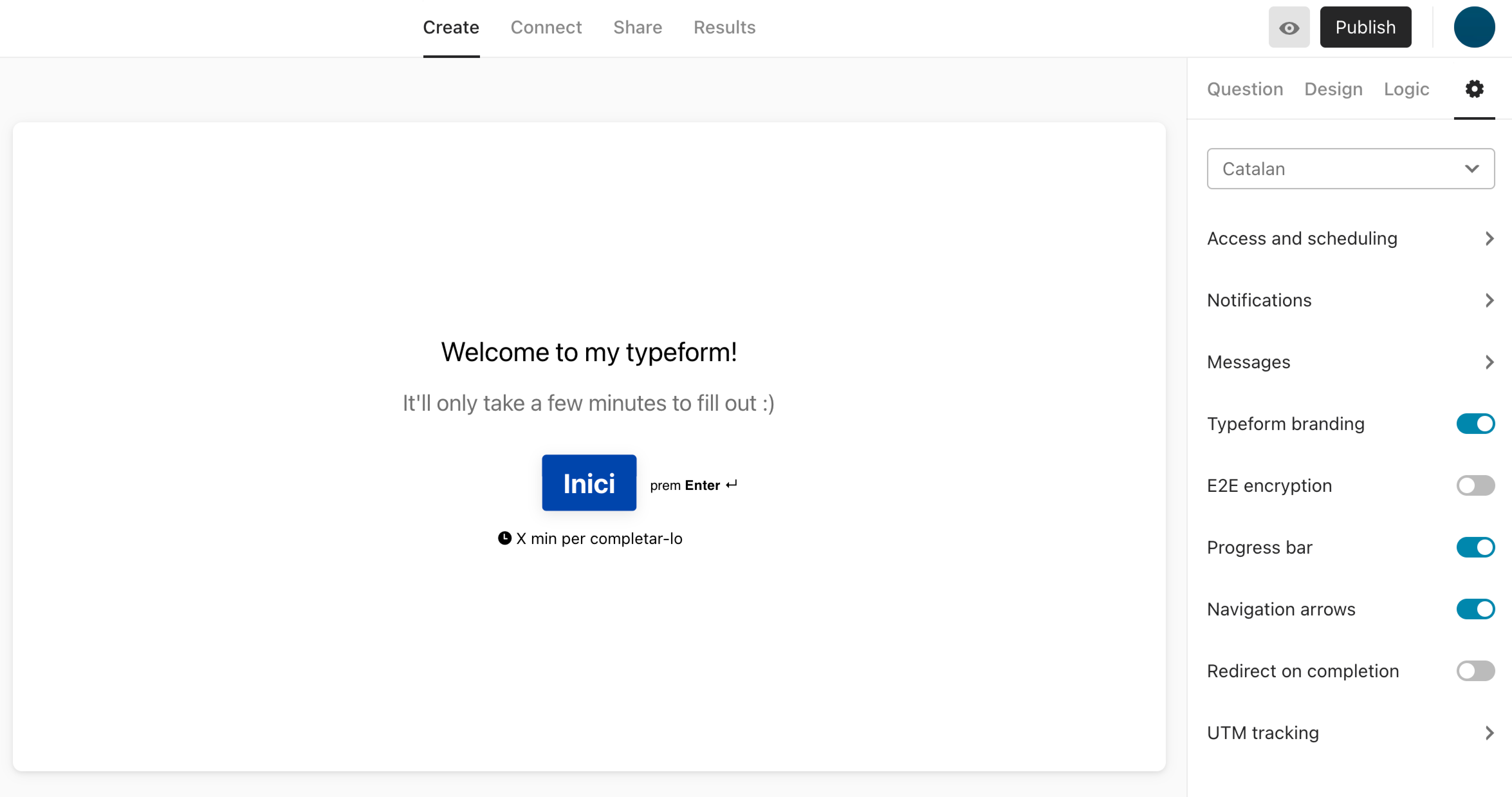 Note that changing your typeform language doesn't automatically translate the form's content, like question text or answer choices - you'll have to do that yourself! In the image above, the typeform creator wrote the Welcome Screen text and description in English, and they are still in English even after switching the typeform language.

You can customize system messages if you'd like to change any of the default non-English messages.