Create a Typeform Kiosk using an iPhone or iPad

It’s really easy to use an iOS device (iPad, iPhone or iPad Touch) and Typeform to create an interactive kiosk. In this tutorial we’ll show you how. 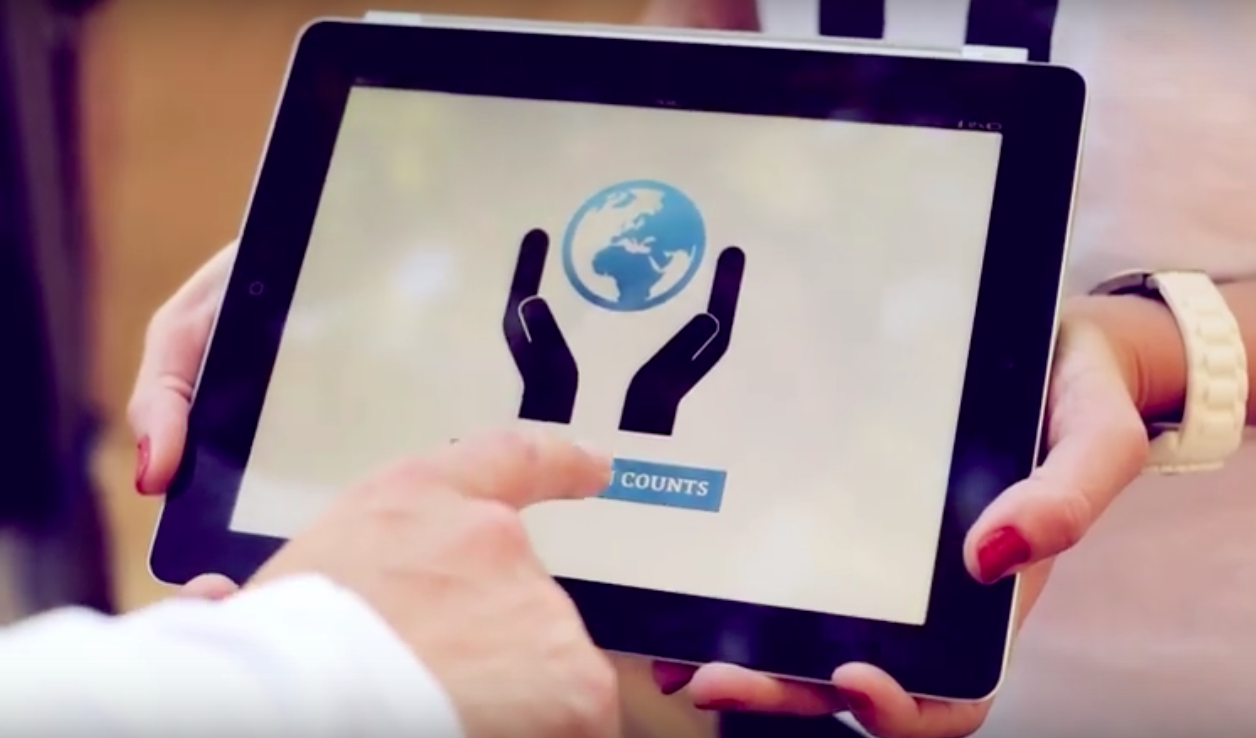 We’ll be using an iPhone with iOS 7 for this demonstration, but the steps work exactly the same on an iPad or iPod Touch.

For this, you will need:

Add the Typeform to the Home Screen

First things first, we need to add the typeform as an app on the Home Screen. To do this,

The icon for the typeform app will now appear on the Home Screen, alongside your normal apps:

The typeform is now added as a web app to the iOS Home Screen. This means that it will work the same as an app downloaded from the App Store. You can tap its icon to open it, and you can use the iOS App Switcher to move between it and other apps and to close it. You can do this with any web page, but Typeform is designed specifically to take advantage of this and it works brilliantly. 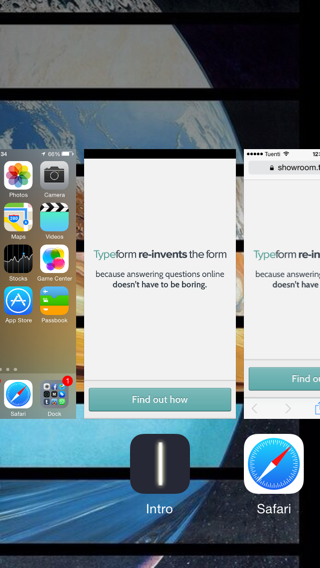 The feature we’re going to use to turn an iOS device into a locked down kiosk is called “Guided Access”. It’s an accessibility feature added in iOS 6.0 which allows you to lock an iOS device into one app, disable certain features of the device and app, and require a passcode to disable. It’s perfect for creating a kiosk.

Now we’ve enabled Guided Access, we can go back to the Home Screen and tap on the icon we created for the typeform. This will open the typeform as a web app, ready for us to turn it into a kiosk.

Once the typeform has opened, triple-click the home button to enable Guided Access. 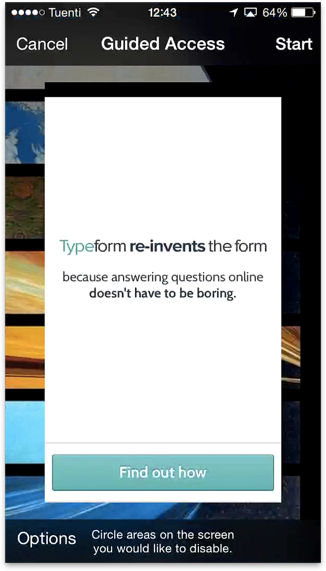 Tap Options. You’ll want to make sure that Touch (and maybe Volume) are the only features enabled. So turn off Sleep/Wake Button, Motion, Dictionary Lookup and Volume Buttons (optional). 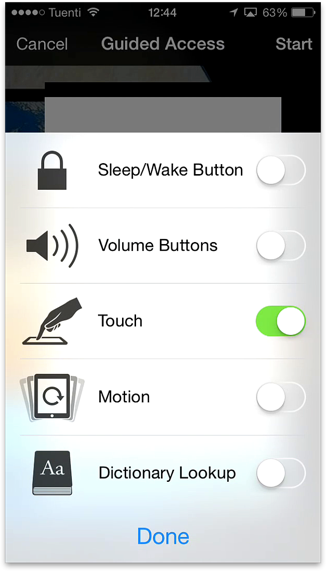 Your iOS device will now work as a kiosk, leaving you free to worry about other things.

Warning! If you’re worried about your iOS device being stolen, you can buy security cases and stands for them, which let you use a security cable to lock them to a table or other object. We recommend using one of these if you’re using a kiosk at an event.