Your product needs feedback to survive

If you’re thinking that the majority of these respondents are low-income households, you are correct. Still, the same survey reports that 23% of households with $150,000 in income have less than a $1,000 in savings. Guess the happiness salary isn’t enough for them.

→ Learn how The Happy Startup School generates profits from purpose.

So why is it a problem that three-quarters of Americans live check to check? Well, unexpected emergencies are a big problem. Car breaks down, what do you do? What happens when you have unexpected health problems? What if you just lost your job? Uh oh.

The general sentiment is that you need to have six months of expenses saved up. That’s enough money to cover your behind for half a year, just in case, you know, life happens. And how do you do that?

Derek Torsani is the lead designer at Samcart. Since the age of 15, he’s always held an interest for what goes on with his money. He figured others do too.

With so many life-changing tools in the world, tracking income and expenses shouldn’t be such a difficult problem to solve, should it?

So Derek experimented. He tried carrying multiple wallets, opening multiple bank accounts, and budgeting through spreadsheets. Nothing seemed to click, so he turned to software—here’s Derek:

“There are plenty of budgeting apps that are great at what they do, but every time I would try to use them, I became overwhelmed and confused.”

But when something’s important to you, you don’t stop trying. So in 2015, he began to sketch out his idea for Halfdollar—a simple budgeting tool that anyone can use.

“I wanted something that would help my personal situation and get a quick snapshot of what I had left over—or not left over.” 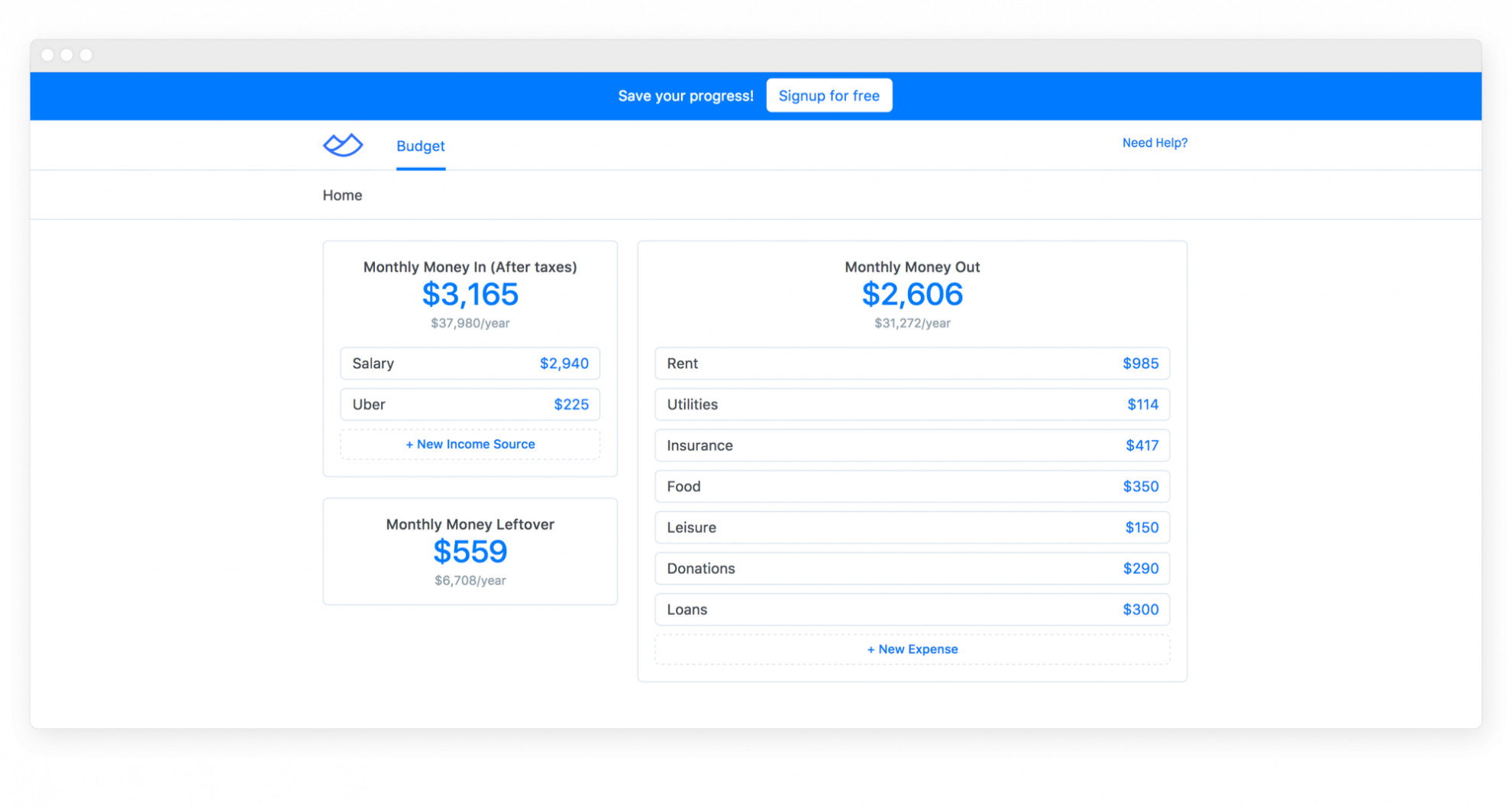 But soon after Derek started developing his idea, he fell into the trap of trying to build in too many features—like setting financial goals and linking bank accounts to the app. He realized that it was the bread and butter of a basic budget that mattered most. Besides, if he spent too much time building in tons features, then shipping his MVP would have to wait.

So he pivoted to focus on a bare-bones budgeting functionality. After working through various iterations of the user interface, and getting a couple of developers excited about his project, Halfdollar was ready for launch—and some outside feedback. 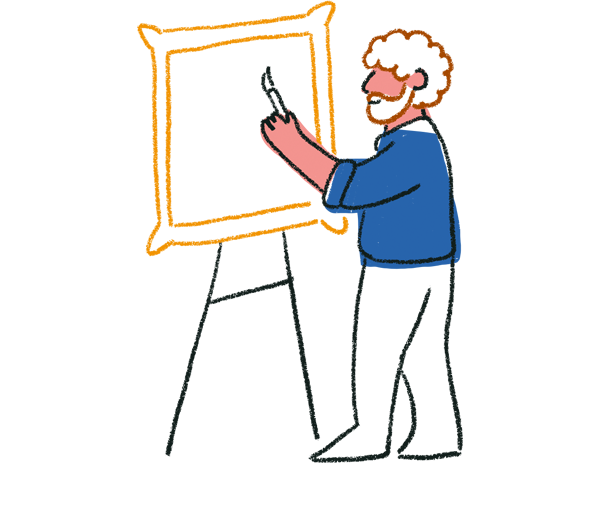 Tips! Take your site to another level with a website feedback survey template.

A year and a half later, Derek launched Halfdollar. He had some friends test it, along with a handful of people that signed up through the website.

He had to know what others thought about it. You can’t stick your head in the sand when it comes to product feedback, so Derek sent a typeform to all his users. He adds:

“Feedback would give me unbiased criticism from real users. I had to learn what people didn’t understand about the product and what they enjoyed.”

Derek was always on the receiving end of the Typeform experience, but now he would be creating one for his users.

“It was super easy to build, very intuitive. It didn’t take long at all to create, and it allowed for any type of question I might want to ask.”

You can see his typeform in action here. 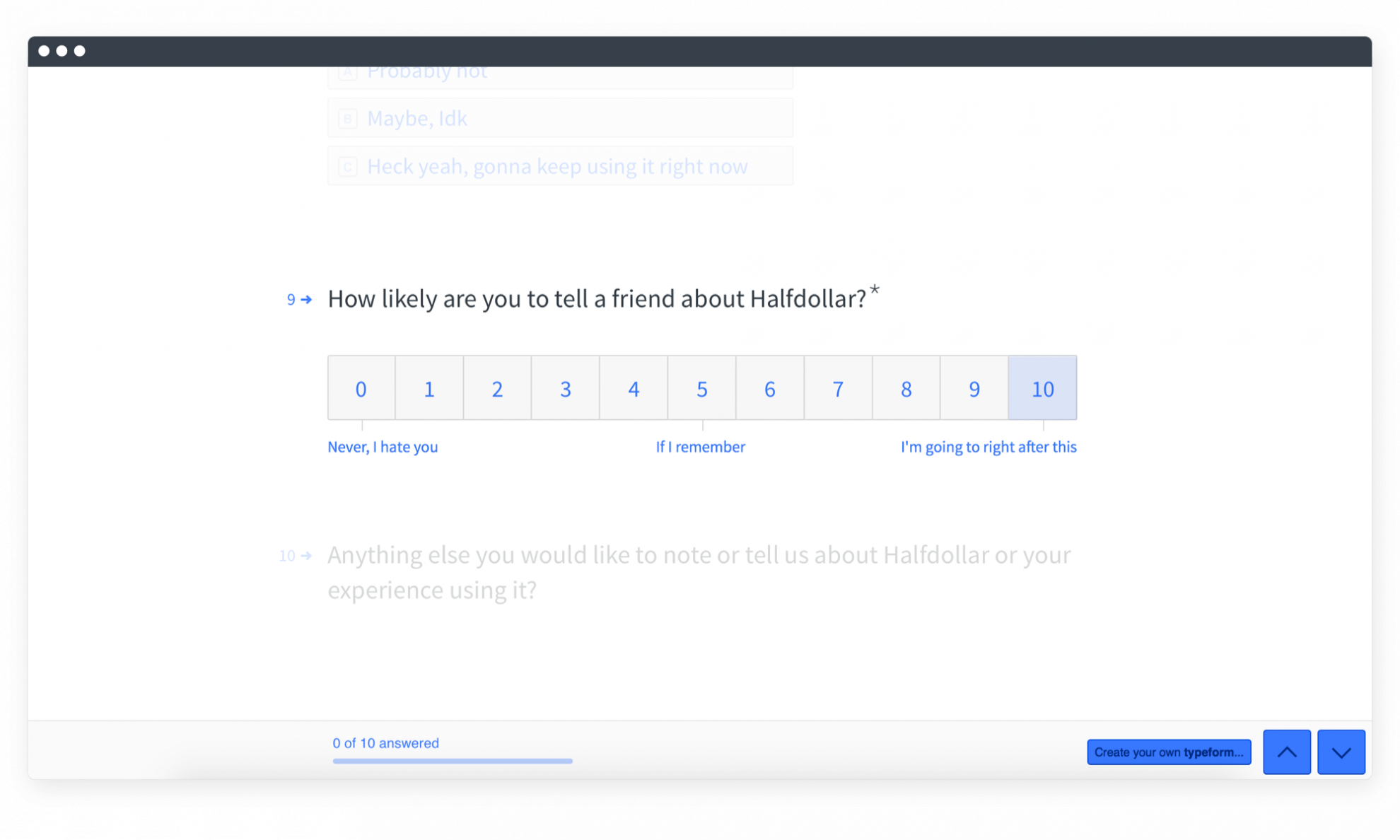 After analyzing his results, Derek learned that some users didn’t know where to start when they first engaged with the app. Using his previous experience with budgeting tools, the last thing he wanted was for people to be “overwhelmed and confused” when using Halfdollar. Something had to change.

So Derek went back and simplified the functionality and user interface even more. He stripped it down to its most basic job—understanding what money is coming in and what’s going out.

Will it ultimately help people make progress with their personal finances? Derek hopes so. He continues to use the tool himself, and hopes others will take control—and eventually, master their money.

When it comes to building your own side project, Derek’s success leaves a few clues.

Scratch your own itch. Sketch your ideas. Share your ideas and get others involved. Ship early. Get feedback. Make changes and iterate.

Which idea will you make a reality?

Are you ready to get some feedback? Learn how to create your own product survey.